The Wild Hunt . In early October 2018, Alaskan Governor Bill Walker declared a linguistic emergency. Alaska has 20 indigenous Native American languages that may all become extinct within a hundred years, unless people do something to preserve them. Linguists define a language as extinct when no living person can speak that language. The National Indian Educational Association reports that only 20 Native languages are expected to survive to 2050. Not only is the world losing its genetic diversity, but the world is also losing its linguistic diversity. The UN has named 2019 as the “International Year of Indigenous Languages.” 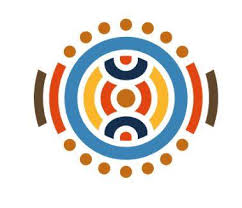 Linguists define “a native speaker” of a language as someone who learns a language in childhood as their mother tongue. When the number of a language’s native speakers decreases, it become endangered. When the last native speaker of a language dies, so does that language. This is occurring globally. According to Wikipedia, linguists estimate that people speak between 6,000 and 7,000 languages. “The Cambridge Handbook of Endangered Languages” estimates that “between 50 percent and 90 percent of them will have become extinct by the year 2100.” More and more people are speaking fewer and fewer languages.

Some people have argued that the loss of linguistic diversity is not bad. They argue that it could make travel and communication easier. They also argue that language death is part of cultural evolution. While some languages die, more widely spoken languages adopt and adapt some of their words and concepts. Rosalyn R. LaPier has written, “Languages carry deep cultural knowledge and insights.” She continued, “Embedded in indigenous languages, in particular, is knowledge about ecosystems, conservation methods, plant life, animal behavior and many other aspects of the natural world.”

When Blackfoot elders from Montana and Canada examined Blackfoot objects stored in museums, they noted that the museum had labeled most plant specimens as “herbs.” The English word “herb” tends to be associated primarily with botany and cooking. The closest Blackfoot word to “herb” has a meaning in English of “a tool that doctors use.”

An Ojibway elder from the Upper Midwest said, “Once a language is gone, the traditional knowledge it carries also gets erased from society.”

While some languages have died, people are trying to revive extinct and endangered languages. Israeli Jews revived Hebrew after WWII, as part of recovery after genocide.

Native Americans and other groups are making efforts to revive threatened and dead languages. The Ojibway nation has established language immersion schools for children to learn the language and culture.

By the start of the 20th Century, the Shinnecock of Long Island had maintained parts of their culture, but had lost their language. Only some isolated words remained. In the 1980s, Tina Tarrrant gave her children Shinnecock names based on those few surviving words.

The loss of her ancestral language left Tarrant feeling like she didn’t know her own culture. She has regrets that no one grew up knowing the Shinnecock language. Still she said ““It’s OK that we weren’t taught this growing up.” She continued, “This is something that we’re bringing back, and we need to embrace [it].”