To place the activities of the UNFCC in perspective, terms such as the Kyoto Protocol, the Paris Agreement, the Copenhagen Accord and the Bali Action Plan are all agreements and activities that have emerged from prior conferences and now have entered common lexical use when discussing climate change.

The COP 24 conference is expected to finalize the implementation rules around the Paris Agreement that was adopted by consensus in December 2015. Broadly, the Paris Agreement is an international and inter-agency plan to mitigate the effects of global warming by addressing greenhouse gas emissions, the economics of development and societal adaptations to climate change and the financial structure of assets and liabilities that are impacted by the global warming and its potential outcomes.

To achieve that goal of mitigating climate change effects, COP24 has been consistent in its messaging both in the conference and throughout its interactions with media and through social networks. One important message has been that addressing climate change is urgent and requires immediate action. Their calls have been to nations and industry that mitigating climate change represents a challenge that can potentially produce beneficial economic opportunity. Less controversially, the climate conference has noted that gender intersects with climate and the rights of women so that misogyny must be addressed as a significant  obstacle toward implanting any climate plan. They note that a comprehensive approach is near impossible without addressing cultural and national decisions that specifically affect women.

Critics have noted that the Paris Agreement not only lacks mechanism for enforcement but may also simply be too little too late to alter the human impacts on the climate system. The Paris Agreement enters force in 2020 if all of the elements of the agreement can be addressed as well as the obvious and eternal issue of money and who will bear what costs can be ironed out.

While the politics around COP24 raise questions about the likelihood of a successful implementation of the Paris Agreement, the funding of the event itself raises questions. The first official sponsor of the UN climate talks is the Jastrzębska Spółka Węglowa SA (JSWSA), the Polish state-owned company that is the largest coking coal producer in the European Union. JSWSA was followed by the Polish insurance giant PZU and PGNiG, Polish Oil and Gas Company as co-sponsors of the conference. All with apparent stakes in how climate issues are addressed.

Raising additional political questions about the commitment to implementation of the Paris Agreement occurred when the Trump administration held an event that promoted fossil fuels as a means to limit the effects of global warming by using ‘clean coal’. Similar events were hosted by Russia and Saudi Arabia.

Many Pagans have been observing COP24 and have noted both the apparent inconsistency of political will as well as the positive insights emerging from the conference that appear to foster a hopeful conclusion. Other parties still appear to think that the conference will produce positive and lasting outcomes.

But attorney John Halstead is not one of them. A longtime advocate for Earth-centered justice and expert on climate policy, he authored the “Pagan Community Statement on the Environment”. He has little confidence that COP24 will produce the kinds of change that are needed to make a significant difference in the relationship humans have with the Earth, “l’m convinced we’re not going to be saved”. He underscored greed as a common problem citing his essay on Gods & Radicals: “my prediction for the future is this: Capitalism will keep doing what it does: ‘consuming forests, species, and human potential and excreting carbon dioxide, toxic chemicals, and radioactive waste–in short, eating everything in sight and shitting where it eats’ until there’s nothing left.“ 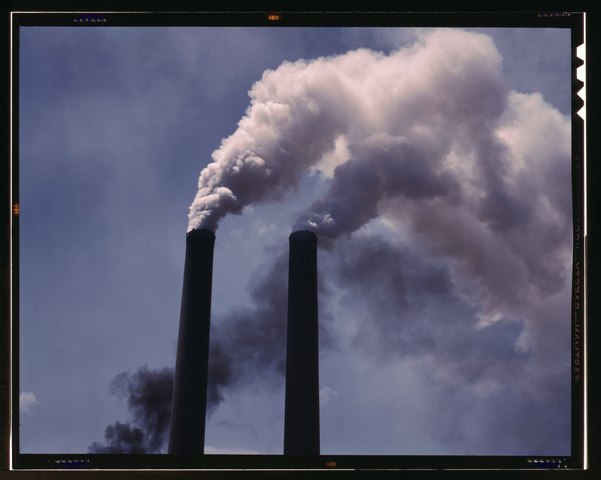 He echoes the skepticism verbalized by renowned British broadcaster and naturalist David Attenborough.  In a scathing speech to the COP24 conference Attenborough said “Leaders of the world you must lead,” adding “The continuation of our civilizations and the natural world on which we depend is in your hands.” Attenborough noted that humans have overrun the planet like no other species and have intimately disrupted the planetary system. “We have overrun it in a way that is unprecedented,” he said. “No other creature in the world has had the effect on the planet that the human species has, and so we ought to be aware of what we’ve done and recognize the responsibility that we now have in our hands.”

Attenborough’s statement resonated loudly among other Pagan leaders as well. Canu Nodiad, First Officer of the Covenant of the Goddess, focused on the significant amount of cooperation that world leaders must commitment to.  He noted that “[COP24]  is an important step to implement the Paris Agreement and negotiate further climate actions. Nation-States have a particularly important role to play in planning for and funding efforts to address climate change and resiliency.”

Nodiad underscored the urgency toward cooperation.

“It is crucial for all of our communities, nation-states, business and industry, religious and spiritual, and ethnic, cultural, or racial, to all play an integral role in understanding how our human actions affect the Earth and all its inhabitants. We must all take action to limit human-caused damage to the environment, for the good of not just humanity, but the many other species we share it with. Attenborough does not stand alone, and it will take many communities, including the nation-states meeting at COP24, to commit to the urgent changes needed. The Polish Presidency of COP24’s foci of technology, the just transition of industrial regions, and climate neutrality are all a good start.”

Artist, architect and Druid Drogo Empedocles of SCOD DC praised Attenborough as someone who “has long helped to educate average citizens of civilization about our natural world and the wild-life in it.” Like Attenborough, he sees the refusal to address climate change as a metastasizing problem: “Human civilization is unsustainable at the rate we are consuming non-renewable resources and polluting our environments as we expand our lust for profit and exponential growth like a cancer.”

Empedocles shares Halstead’s assessment about corporate involvement and climate policy. While COP24 keeps underscoring the engineering of “green” solutions as a way to limit the impact of climate, he does not have faith in a system that itself is responsible for global warming.

“Attenborough speaks to those of us that think environmentalism is an extreme that should not be ‘on the political table’. Corporate main-stream thinks we cannot afford a green economy, and so their favorite question has been – ‘How are you going to pay for better ways of doing things?’ – while they blindly pass massive military industrial budgets far larger than needed without question as to how we will pay for the murder. Our question should be – ‘How can we afford to continue killing ourselves and ruining the lives of our children?’“

Andras Corbas-Arthen, Spiritual Director of The EarthSpirit Community, President & Interfaith Liaison at the European Congress of Ethnic Religions, and Board Member of the Parliament of World Religions, added his gratitude to Attenborough for being both forceful and clear in his comments.

“I was very glad to hear David Attenborough’s impassioned statement on climate change at the Conference of Parties in Katowice, with its emphasis on how a human-generated global environmental crisis imminently threatens the survival of much of the natural world. Admittedly, what he said was nothing that hasn’t already been said by scores of people all over the world; but it needs to be repeated, again and again — be it eloquently (as in Attenborough’s case), or angrily, or even rudely — until the message pierces the armor of political complacency and the walls of the corporate boardrooms where the greatest responsibility lies. The alarm over the current waves of mass migrations will be nothing compared to what will happen in just a few decades, when the rising oceans start claiming some of the most populous regions of the world.”

Pagans have been keenly attentive to climate change and organized around it as a critical material and spiritual need. Cherry Hill Seminary, for example, held the Greening of Religions Conference: hope in the Eye of the Storm in 2016 and published a series of essays last year. Information sharing and advocacy groups have also been created like the Pagan Environmental Network and Pagan Environmental Alliance.

Pagan organizations and affiliates have also addressed climate issues. The Covenant of the Goddess, for example, adopted formal position on environmental issues in 2014. Similarly, as Corbas Arthen notes” Parliament of World Religions… added a Fifth Directive to its guiding Global Ethic document that was originally adopted in 1993. The Fifth Directive is entitled ‘Commitment to a Culture of Sustainability and Care for the Earth,’ and it exhorts people to replace greed and consumerism with a way of life focused on an awareness of the interdependence of all life, with an emphasis on limited consumption and the commitment to take action to address the global environmental crisis.”

Despite the bleak outcomes forecast, Halstead noted that Paganism can help us come to terms with the natural cycle and help us understand the serious ness of the moment.

“I believe that Paganism can help us do that.”  As Grey writes, “For witchcraft to be anything other than the empty escapism of the socially dysfunctional it needs to feel the shape of its skull, venerate the dead and the sacred art of living and dying with meaning. … We need to offer the death rites in a culture that pretends that death can be cheated …”

Halstead says “Paganism can teach us how to die and how to die well.”

The COP24 conference ends on December 14.