UNITED STATES – November 11th – the “11th hour of the 11th day of the 11th month,” as noted by former TWH journalist and veteran Cara Schulz – is a federal holiday in the United States for reflecting upon the sacrifice and honoring the work of those who have served the country in the US Armed Forces: Air Force, Army, Coast Guard, Navy, and Marines. Prior to being formally named Veterans Day in 1954, during the Eisenhower Administration, the day was known as Armistice Day. Armistice Day continues to be celebrated around the world in commemoration of the end of World War I. 2018 marks 100 years since that cease fire. 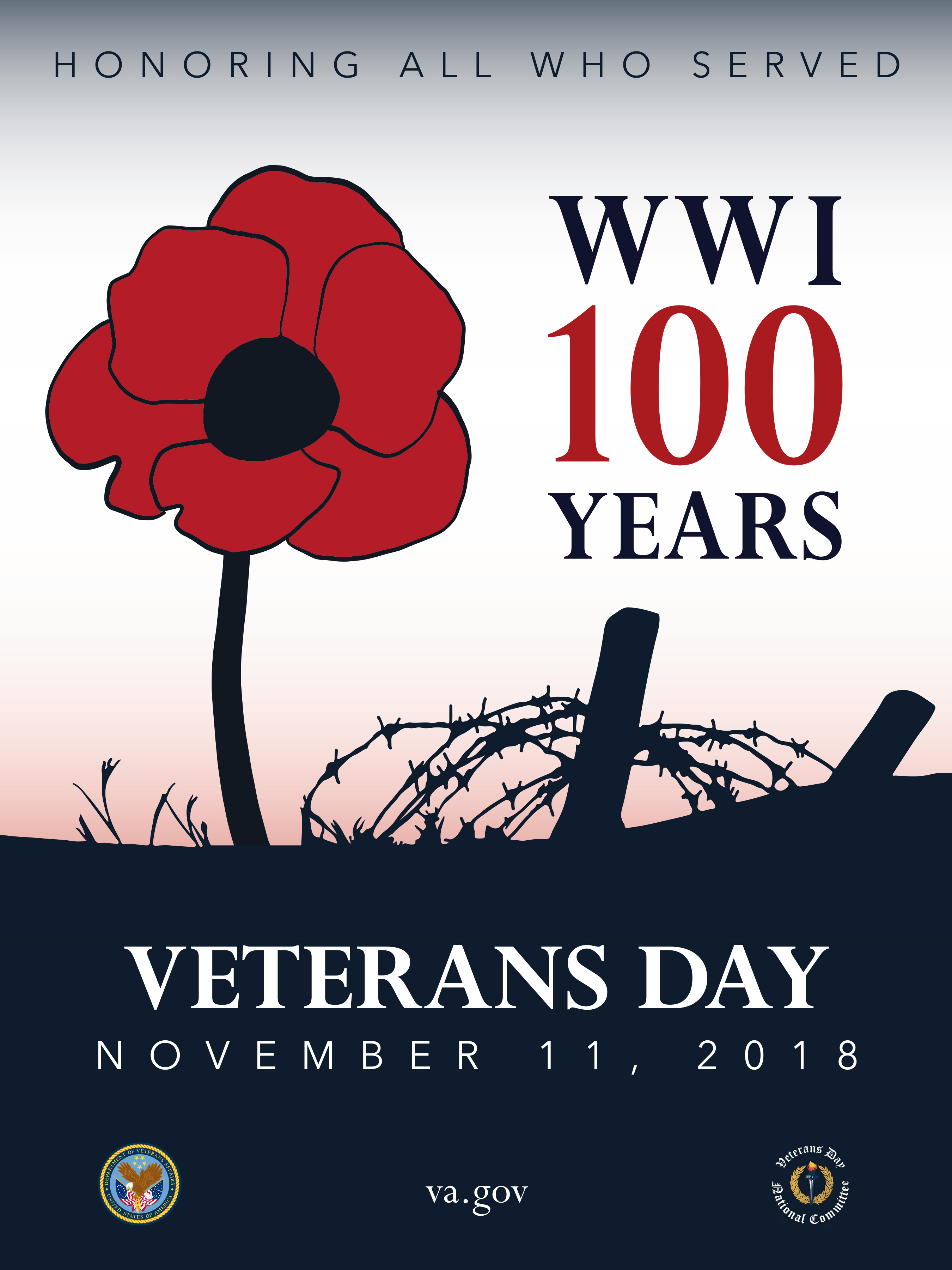 Today is often celebrated with poppies. Poppies symbolize eternal sleep, as present in Hellenic and Roman religions; this symbolism is echoed in The Wizard of Oz where magical poppies were used to cause sleep. Indeed, Hypnos, the Hellenic god of sleep, along with his Roman counterpart Somnus, enjoys a bed of ebony on the island of Lemnos within a cave whose entrance is guarded by poppies.

Poppies are also a symbol of remembrance and hope. As the British Legion explains, the poppy is neither “a symbol of death nor a sign of support for war.” It is also not representative of blood or “a reflection of politics or religion.” The poppy’s emergence as a symbol for Veterans Day comes from John McCrae’s poem In Flanders Fields, inspired by flowers the poet saw on a battlefield:

Take up our quarrel with the foe!

To you from failing hands we throw

The torch; be yours to hold it high!

If ye break faith with us who die

We shall not sleep, though poppies grow

The poppy has thus emerged in modern times as a symbol of sacrifice and hope. But that symbology, too, likely has classical Pagan origins. Demeter, as Robert Graves suggests in Greek Myths, wore poppies in her headdress, conveying that they represent her manifestation in the world. Karl Kerényi further notes in his book Dionysus that Demeter’s name in the Linear B script means “poppy fields.”

The poet Ovid noted that Kore, queen of the underworld, picked and accepted poppies, likely for their sleep-inducing properties but also as a symbol of hope, that is her return after sleep. Kerényi goes further, suggesting that “the Great Mother Goddess, who bore names Rhea and Demeter, brought the poppy with her” as she traveled across Hellenic cultures. Pagans in the US military have made significant strides over the past two decades to receive comparable benefits to individuals of other faiths. Circle Sanctuary and Rev. Selena Fox have been constant advocates for the inclusion of Pagan imagery in the military through their Lady Liberty League. The use of Pagan symbols has been approved for use on military cemetery headstones, including the pentacle for Wiccans, the hammer of Thor for Heathens, and the Awen for Druids.

In early 2017, Army Times reported that observant individuals of Muslim and Sikh faiths may now submit requests to wear faith-appropriate bracelets and head garments, including turbans (dastaars) and hijabs. The same directive changed grooming standards, such that observant individuals would be permitted to wear beards, although with some reservations about the impact of facial hair on the efficacy of protective equipment like gas masks.

In 2018, the same provision for Sikhs regarding beards was affirmed for Heathens. Heathens may wear beards in line with certain appearance standards according to the application of AR 670-1, Wear and Appearance of Army Uniforms and Insignia. As Army Times has reported, this step further legitimates the Norse faith within the military.

Despite Pagan presence in the military, challenges continue for those in service, as The Wild Hunt has reported previously. Access to chaplaincy remains limited, and Earth-based spirituality continues to be seen as alien, possibly dangerous, or at least unusual. So long as the military’s culture sees monotheistic religions as the default, the burden will fall disproportionately on Pagans and other practitioners of minority religions to promote inclusivity.

Veterans Day is a day of deeply mixed emotions. Still, there is much for Pagan veterans to be proud of, to celebrate, and to remember. As Veteran Chuck Hudson noted in 2015 to the Wild Hunt, “Veterans Day is for us that made it back to the world, and still stand ready to rally to our nation’s side. To raise the horn to with our brothers and sisters. To have the privilege to call our brothers and sisters of the different armed forces by their nicknames: Flyboy, Dog Face, Jarhead, Puddle Pirate, and Squid.”

Hail to our veterans!