JEFFERSON CITY, Mo. – Missouri State Representative, Hardy Billington (Rep.), who is also a  deacon at Faith Baptist Church, has introduced a bill, HB 728, of concern to Pagans and others. The bill would require public disclosure of the legal names of adult plaintiffs who file suits involving church-state separation issues. Plaintiffs can now use their initials in public documents. Their legal names only appear in sealed court documents. Missouri Courts currently allow that practice in cases where plaintiffs have a reasonable fear of harassment, violence, or other attempts at intimidation.

What is the issue?

The Wild Hunt recently spoke with Alison Gill, Vice President for Legal and Policy, at American Atheists. She said, “HB 728 is a bill that would undermine the freedom of religion by making it more difficult for people whose religious liberty has been violated to bring lawsuits in Missouri courts.” Gill stressed that this proposed law would only impact church-state separation suits. Other types of plaintiffs could bring cases under a pseudonym “if the lawsuit would put them at risk.”

Gill continued “HB 728 is a reckless attack on the separation of religion and government.” She considered that separation to be the bedrock of freedom of religion. Gill stressed that “people who stand up for their religious liberty face public harassment and death threats.” Gill argued that atheists and religious minorities are especially at risk. They tend to be most threatened by “coercion by the dominant religious community.” 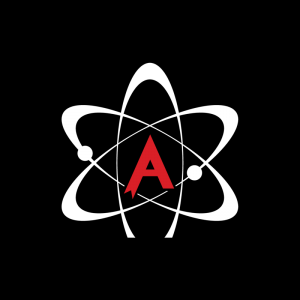 The hearing on HB 728 attracted both supporters and opponents. Among the supporters were the following: its sponsor, Rep. Billington; Concerned Women for America of Missouri; Don Hinkle, Missouri Baptist Convention; Missouri Family Network; and Keith Carnahan, Maranatha Baptist Church. Supporters argued that “religious people in Missouri are not violent.” As a result, no one had to fear harassment. Supporters also argued that this law would reduce “frivolous” lawsuits.

The proponents statement directly from HB 728:

“Supporters say that this would require plaintiffs to
be named in cases where people want to sue to remove religious
symbols because such plaintiffs currently hide behind unknown
names. We need to protect the rights of Missourians and this would
make it more fair for religious people because they are currently
being singled out. They say they hide behind anonymous names
because they fear retaliation from religious people, but religious
people in Missouri are not violent. This would treat claimants the
same no matter the viewpoint. This will hopefully reduce the
number of frivolous lawsuits. Civic leaders have to endure
scrutiny so why shouldn’t plaintiffs.”

Eric Wells, Missouri Assistant State Director of American Atheists, supplied The Wild Hunt with a copy of his testimony. Wells testified that “The unfortunate fact is that all too often, people who stand up for their religious liberty face public harassment and death threats.”

Wells provided examples of harassment in church-state separation cases. Threats sometimes extended to the pets and children of plaintiffs.

In 1993, for example, Lisa Herdah and her children moved from Wisconsin to Mississippi. Their new local school system had daily devotionals, Biblical History classes, group prayer sessions, and religious videotapes. She sued. Her harassment included being forced out of a job, death threats, and threats of eviction. She sued and won in July of 1996.

Mona Dobrich, who practices Orthodox Judaism, objected to a statement at a graduation that Jesus is the only way to truth. She asked the local school board to consider more inclusive prayers at school functions. Other students harassed Dobrich’s son for wearing a yarmulke and making derogatory statements. She received so many threats that she had to move to Wilmington, Delaware which  damaged them financially because the cost of renting forced them to sell their house. When another family joined their suit, the other family did so anonymously because of the Dobrich family’s experience.

The legislative process in Missouri

HB 728 has passed through two committees and is now eligible to be voted on by the full house. Then it would have to go to the Missouri Senate and more committee votes before a full Senate vote. Once a bill passes both Houses, the Governor will have to decide whether to sign it or not.

Billington has co-sponsored several other bills. One designates the first Friday in May as “Law Enforcement Appreciation Day.” Another prohibits abortions if a fetal heartbeat can be detected. A third would allow schools to offer elective social studies courses on the Hebrew Scriptures and the New Testament. A fourth warns of the “dangers” of pornography. A fifth expands areas where people can carry a concealed firearm. That bill would also prohibit other jurisdictions in Missouri from expanding gun free zones.

The Wild Hunt will continue to follow the progress of Missouri HB 728.