WILTSHIRE, England – Arguably the UK’s most famous monument, Stonehenge has undergone a roller coaster century since it passed into public ownership in 1918. With a controversial new visitor centre and an even more controversial plan for the surrounding landscape, the henge is rarely out of South Western news at the moment. Let’s take an overview of the project to date.

In 1915, a barrister named Cecil Chubb attended an auction in Salisbury, allegedly planning to bid for a pair of curtains. He came out of the auction with Stonehenge, having paid £6,600 for it (around £474K in sterling today). He gave the monument to Mrs Chubb as a birthday present – possibly the most spectacular gift anyone in England has ever given to their spouse. Yet three years later, the Chubbs gave the monument into public ownership, with the proviso that locals should be allowed free entry and everyone else should pay no more than one shilling. The Guardian, in an article on the subject, points out that visitors pay substantially more than that at the moment – namely £17.50 – which English Heritage justifies on the basis of inflation.

Stonehenge was made a UNESCO site in 1986, having undergone substantial alterations in the previous 60 years. Most of the stones have been re-aligned, a process which would be unthinkable to modern archaeologists and conservationists, but which was rather more acceptable to members of those professions earlier on in the 20th century. It has been generally agreed, both by British pagans and members of the public, that the old visitor centre was simply not viable. Shabby, prone to enormous queues, and channeling tourists into the monument by means of a tunnel that resembled something designed by the military, the centre had to change, and in 2013 it did.

The old centre was razed to the ground, the landscape around it was altered, and the new visitor centre erected a mile and a half away. Tourists were now taken to the monument by land trains. Subsequent visitors were not always happy, however, mainly due to huge queues and long waiting times. When The Guardian interviewed Simon Thurley, the chair of English Heritage, after a particularly crowded school holiday, he said that “We had six days of bedlam. I put my hand up and say that the building was never designed for 1,000 people an hour. Anyway, we’ve sorted out the problem now.”

When this reporter visited it, during the half term week close to Samhain, the centre appeared to be working well, with small queues and swift access to the stones by buses. The monument is now subject to further debate, regarding the redevelopment of the wider landscape. Residents of the South West of England are used to problems associated with using the A303, the main road west out of London. It is not a motorway (it merges into the M3 closer to the capital) but a dual carriageway and in some places, remains single track, having a number of pinch-points and bottlenecks through small Wiltshire villages. The road is scheduled for redevelopment along its length, including the section which goes past Stonehenge. Plans have suggested that the road should be diverted through a 1.8 mile tunnel under part of Salisbury Plain, a development intended to start around the early 2020s. Transport secretary Chris Grayling stated that it would result in, “Quicker journey times, reduced congestion and cleaner air [which] will benefit people locally and unlock growth in the tourism industry.”

However, this £1.6 billion scheme has not proved universally popular. An alteration of the solstice skyline, visible from the henge, was feared, although a longer tunnel of nearly 2 miles has now been suggested to alleviate this. But there are also concerns about the stability of the Plain itself. Stonehenge was erected on chalk, and there have been suggestions that a tunnel could cause subsidence – even causing the monument itself to be rendered unstable. There is also a concern about the release of radon gas. 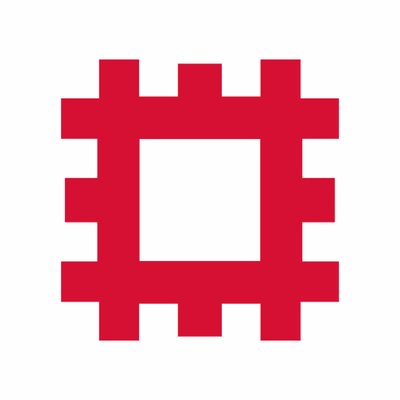 English Heritage, National Trust and Historic England all support the idea of a tunnel, but have raised concerns about traffic still travelling too close to the stones. They have issued a statement which says, “This is a once-in-a-generation opportunity to reunite this ancient landscape, giving people the opportunity to tread pathways used by our ancestors who built the monuments, to visit and appreciate the monuments and see and hear wildlife without the intrusion of the traffic and noise.”

But they also state that: “We are very concerned about the detrimental impact of traffic on the byways and believe this will be made worse by the proposal to link existing byways after the surface A303 is removed.”

The Stonehenge Alliance, consisting of environmental and archaeological groups, is opposed to the existing plan, stating that it is ‘an international scandal,’ and claiming that the public is being misled. Siôn Elis Williams of Friends of the Earth suggests that, “Instead of building another road that increases traffic, money for the road scheme could be invested in a region that is crying out for significant investment in its bus and rail network to increase accessibility, improve air quality and boost sustainable tourism.”

And the Alliance have gone further, stating that, “However well-designed, the devastating impact of this road engineering would destroy archaeology and deeply scar this iconic landscape and its setting forever.”

The future of the monument is obviously of great concern to pagans in the UK, as well as to the general public. Ceremonies from the large solstice meetings to individual handfastings continue to be held at Stonehenge, and the possibility of further disruption to the monument and the landscape is foremost in many pagan discussions regarding the henge. It is to be hoped that a viable solution for the improvement of the A303 and the preservation of this ancient world heritage site can be found.