The term, however, is inaccurate and dishonest. To begin with, it assumes that only those who vote for the conservative Christian issues, such as eliminating legal abortion, opposing marriage equality for the LGBTQ community, and the rather peculiar definition of “religious liberty” expressed in the recent spate of religious freedom restoration acts, are voting based on their values. Further, it assumes that only those in the conservative Christian movement have values, or at least that they are the only voters who express their religious values through the power of the ballot box.

Third, it lumps Christians together into a certain, small set of voting choices without taking into account the diversity that exists within a faith that swings from the conservative views of the Roman Catholic and Southern Baptist churches all the way to the socially liberal values of the Metropolitan Church of Christ or the gay-friendly official views of the Episcopal Church. Religious “values” are not monopolized by conservative Christians.

Just as many Christians look to their faith to inform their vote on socially liberal issues, so too may practitioners of other religions cast their votes based on their own religious values. Everyone votes their values.

That includes those in the Pagan community. Possibly more than any other religious movement, Pagans of all types have a long history of expressing their religious values through their suffrage, through political action, and through direct activism. Some Pagans have been inspired by their religious practice to engage in environmental action, protesting corporate and governmental decisions to clear-cut forests, install oil pipelines in fragile or sacred areas, or create sustainable agriculture practices.

Others express their religious values of freedom by advocating for smaller government, lower taxes, and personal responsibility. The movement is not monolithic, and there are as many Pagan political values as there are Pagans, but the community does cherish its religious values. It does act on them. And it does vote on them.

Pagan voting values cover a large spectrum. While the more liberal sexual attitudes and strong movement toward inclusivity in many Pagan traditions may lead to an assumption that Pagan voters tend to lean to the left, that is not always true. Paganism often prides itself on a lack of hierarchy and distributed leadership, leading some Pagan voters look to their spirituality and find the freedom of the Libertarian message to be their strongest value.

Others find personal responsibility and self-development to be a vital part of their faith, and they may resonate toward the Republican message. Pagans are a complex group of people who get different inspiration from their spiritual values and, in this volatile presidential election season, those values help them make their choices for the highest office in the United States.

Jason Mankey, a prominent Pagan blogger who writes at Raise the Horns and the manager of the Patheos Pagan Channel, is a proud supporter of Hillary Clinton. Mankey says that he has “been a supporter of Hillary Clinton ever since she stepped down as Secretary of State.” Describing himself as a “realist,” Mankey’s values as a “Wiccan-Witch of the Gardnerian variety” lead him to “use what works,” and he describes Clinton as “what works” politically. “She gets things done,” says Mankey, “which matches how I approach the Craft.”

Beyond those practical concerns, Mankey explains that his spiritual practice “promotes treating those around me with respect and decency.” This, he says, is “why I can’t vote for a Republican party that promotes policies that treat women and minorities as second-class citizens. I want someone who is going to put judges on the Supreme Court that are going to continue to ensure access to marriage equality. I want a President who will treat my trans brothers and sisters with the dignity they deserve.”

Moon Shadow, who describes herself as an “eclectic Witch,” has a different set of values that come from her practice. As a supporter of Donald Trump, she stresses the value of self-improvement as her motivating spiritual value. While she acknowledges that Trump is, in her words, “abhorrent,” she says that is also true of Clinton, thus she seeks to vote for her party rather than its candidate.

Her spiritual values of “self-improvement, growth, and self-actualization” have influenced her plans to vote for the GOP’s candidate as she sees the party’s message as more in line with those concerns. 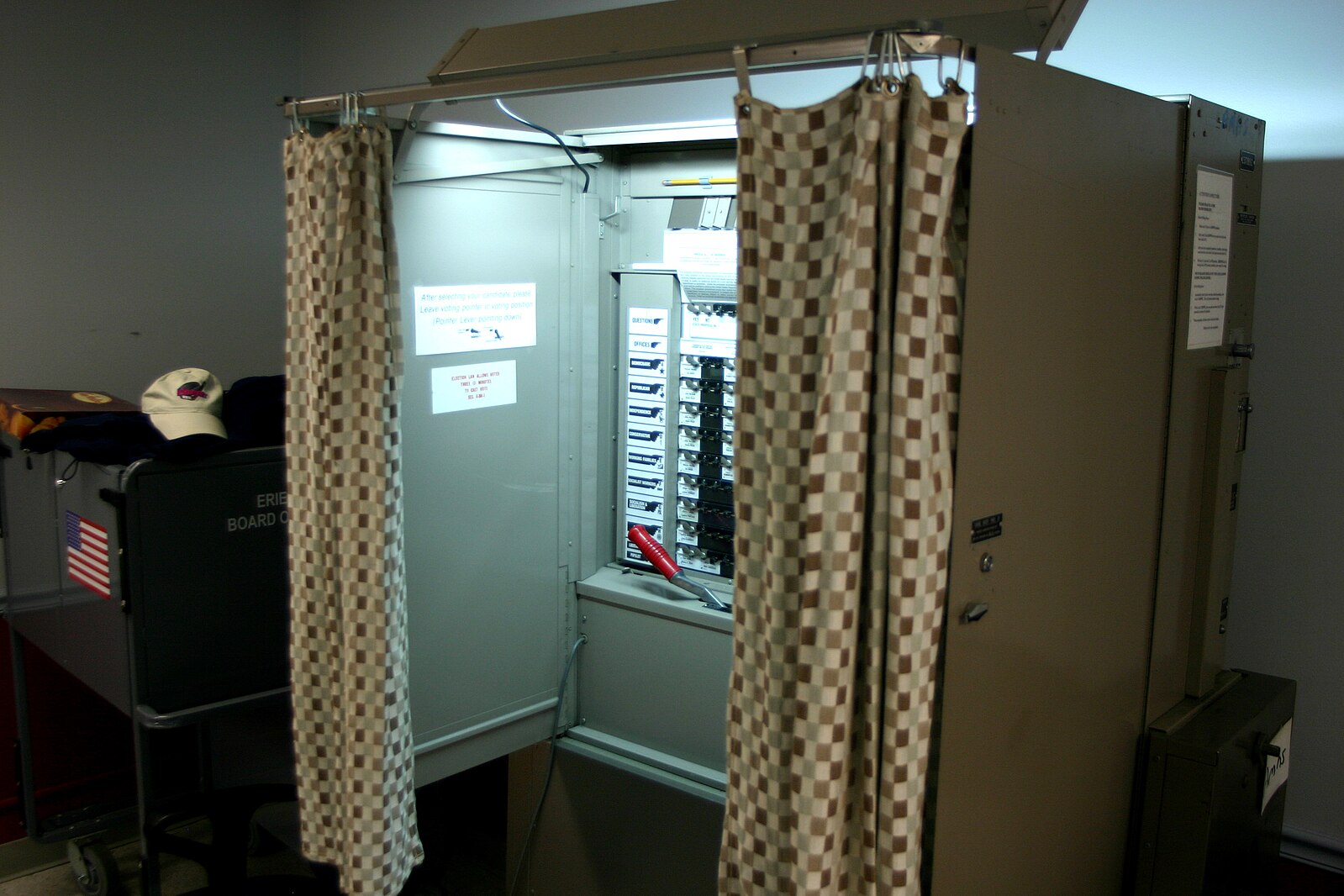 Pagans are in a religious minority, comfortable with going against the grain. Many have values that attract them to third-party candidates. Rev. Allyson Szabo, an interfaith minister and Wiccan from New Hampshire who practices “as [she] see[s] fit,” is a Libertarian and strong supporter of Gary Johnson for the presidency.

“I believe in choice above all,” says Szabo. “Freedom extends to all things beyond my nose. Your right to choose and act ends at my nose, and vice versa. Johnson is very much a candidate that supports and lives that way.” Spiritually, Szabo values honesty, and says that the quality of honesty “shines forth from Gary Johnson.”

Sam Carranza is also a Libertarian, but would have supported Republican governor John Kasich in the primary if his home state of Florida allowed open primaries. Carranza describes himself as a “Thelemic-Druid-Eclectic-Pagan Witch” and looks to Aleister Crowley’s Liber Oz to guide the interactions between his civic, mundane world and spiritual practice. While the environment is a spiritual value for Carranza, his view of Liber Oz helps him understand that “not every single acre” of land has to be set aside for conservation.

Therefore, he says, “As a Druid I can revel in the outdoors, but also on a political basis support fracking.” Carranza believes that “the bounty of the Earth Mother is meant to make lives better and leaving it in the ground does not always serve that purpose.” Spiritually, he values perseverance, and will be voting for Gary Johnson in admiration of the former governor’s “motivation and drive to pursue a goal in the face of daunting odds.”

Peter Dybing, who describes himself as a “Pagan activist in service with strong Goddess roots,” was a vocal and active Bernie Sanders supporter in the primary. With Sanders’ defeat in the primaries, he has shifted his support to Green party candidate Jill Stein. His primary spiritual value in this decision is “concern for the environment” and personal freedom. He supports candidates who “believe in social, environmental, and human rights justice issues.”

Storm Faerywolf, a warlock and Faery tradition initiate, also supported Sanders in the primaries due to the senator’s strong stances against big money in politics and in fighting climate change. However, he has shifted his general election vote to Hillary Clinton. “In Faery,” he explains, “we are taught that each and every one of us is divine,” and that “everything in the world has an inherent divinity.”

Faerywolf admires the fact that “Hillary Clinton has spent her entire adult life working to ensure that the most vulnerable among us are given the help they need in order to live and thrive.” Beyond values that come from their spiritual practice, some in the Pagan community also look to practical concerns to drive their voting decisions. Mankey values experience, and believes that Clinton “actually has the experience necessary to be and effective president.” He stresses that she “knows how the system works, understands policy, and has a firm grasp on what’s happening in places like the Middle East.”

Mankey said, “I feel like she is going to get elected and then she’s going to spend the next four years working her ass off for us. Half the country won’t appreciate it, but she’ll do it nonetheless.”

Faerywolf’s reasons for shifting include Clinton’s “proposals for addressing climate change and positioning the U.S. to become a clean energy superpower,” as well as her ideas for “reforming the criminal justice system” from its problem with “systemic racism” and “protecting and expanding LGBT rights here and around the world.” He also stresses that Clinton is “probably the most qualified and thoroughly vetted person who has ever run.”

Moon Shadow is concerned about policies that encourage “taxing the ‘rich’ to hand out freely to the ‘less fortunate.’” These policies, she says, are ineffective. She is against “allowing illegal immigrants to live off of taxpayers’ hard-earned money,” and adds that, “I see and have experienced the damage that ‘enabling’ does to communities, businesses, the state, and our country,” she also worries that “we have become a codependent society;” all of which drive her conservative voting decisions.

Choice is a very important value for Pagans. In her support of Governor Johnson, Szabo stresses that “if we give up our ability to make choices, we become drones.” Similarly, Carranza tends to vote for candidates “who would ensure maximum freedom in the framework of responsibility.”

Dybing, in advocating Dr. Stein, declares that his vote “will always be for [his] chosen candidate” rather than simply one of the two major parties. “Those who frame supporting third parties as a protest vote,” he says, “just don’t seem willing to consider that third party voters are simply voting their values.”

Diversity is good. Monoculture destroys the land. That emphasis on freedom may be what it all really comes down to. Paganism is a religious minority, the members of which have freely chosen to break away from mainstream religions and practice the spiritual tradition that calls to their hearts. The same is true in their voting choices, which is a positive, extremely American practice. In both politics and spirituality, Pagans around the country are standing tall for that one very American common value: freedom.

One thought on “Column: The Rich Diversity of Pagan Voting Values”