KANSAS CITY, Missouri — Attorney Robin Martinez has the cultivated voice of an old-time radio news anchor – just deep enough to be resonate, clear diction, and a confident tone. It’s undoubtedly a valuable tool when he is called upon to make oral arguments in a case, but it’s just as easy to imagine him using that powerful voice in the context of ritual magic, which is part of his Pagan practice. The values that led Martinez to Paganism are, in fact, the same ones that led him to now be involved in one of the many local court battles being fought over the Keystone XL pipeline. Over the years, The Wild Hunt has followed the proposed tar sands pipeline, which would stretch from Alberta to Texas when completed, through the eyes of Pagans, watching from afar. Most visible to them and the rest of the public is the permit that operator TransCanada needs in order to bring the pipeline over the international border and whose fate lies with President Obama and the State Department.

Martinez has a different perspective. He is fighting on the front lines of a local skirmish that is attempting to block Trans Canada’s ability to pass through the state of South Dakota. States’ rights are alive and well in the Western US and, while Obama can halt the project in its tracks, his blessing won’t necessarily stop the ground war.

Martinez describes himself as Pagan, but not following a particular tradition. “I have a strong environmental ethic,” he said, “and a strong sense, like a lot of us who are Pagan, of the interconnectedness of all beings. It’s so much bigger than us; we’re just a part of that web.”

It’s that belief in protecting the earth and all its creatures that led him to oppose the Keystone XL personally, and his profession gave him the opportunity to do what many Pagans can’t: take it to the courts. “I have been lucky enough to have been blessed with a set of skills and abilities — and a law license — that allow me to do whatever I can to help protect the Earth from being degraded and polluted.”

Fossil fuel use and the consequences of extracting and processing it, are top on Martinez’s list of things humanity needs to stop doing if the planet is to survive, not to mention the species. The Keystone XL pipeline represents, what he considers, a particularly egregious form of fossil fuel to extract, because the thick tar sands of Alberta can’t even be put into a pipe without a lot of work. This type of oil, bitumen, is designated “sour crude” because it has a high sulfur content, and is embedded with a lot of sand. It’s extracted through a strip-mining process. Then, the sludge is heated up, so that the sand can be removed. Finally, diluents are added in order to get it flowing. According to the American Petroleum Institute, the mixture includes “natural gas condensate, naptha or a mix of other light hydrocarbons.” . 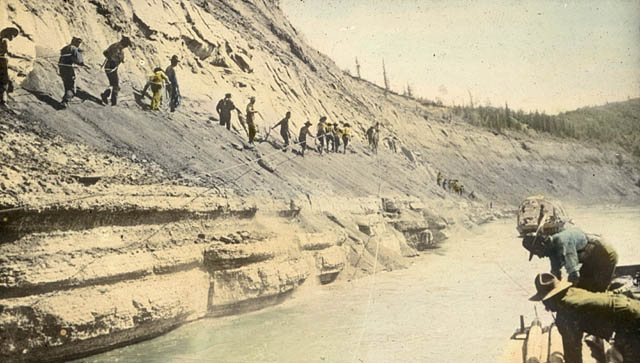 “What bothers me about the Keystone XL is that it’s an enabler of tar sands exploitation,” Martinez said. “It’s an awful process, and the tailings from separation are leeching out into what were pristine waters. It’s easy for large energy companies to engage there, because only indigenous peoples live there, and they’re bearing the brunt. The land and water damage is heinous. It’s flat-out evil.”

In South Dakota, there are also indigenous peoples in the cross hairs of history. Four Sioux tribes, among others, have joined the court case, in which Martinez is representing the organization Dakota Rural Action, a grassroots group focused on protecting agriculture and promoting conservation. “One thing I never want to lose sight of is that this is a life or death matter for them. Being an outsider to that culture, I never want to lose sight of that. They’re the ones that would bear the brunt if something were to go wrong. That’s the physical nature of pipeline slicing through those states, and what might happen to water resources in that region in the event of a breach.”

One of the causes of pipeline breaches is the corrosiveness of the product shipped through them. Industry documents on tar sands maintain that diluted bitumen, or dilbit, is not more corrosive than other petroleum products. However, according to Scientific American, the processes, which remove sand and add dilutents, create “the most viscous, sulfurous and acidic form of oil produced today.” That is one reason that the physical nature of the pipeline is of great interest.

To make matters more worrisome, Martinez calculates that, between federal and state regulators, there will only be one inspector for every 5,800 miles of pipeline. In addition, the highly-specialized skills needed to become an inspector make the regulators subject to the revolving door known as “regulatory capture.” Consequently, Martinez refers to the Pipeline and Hazardous Materials Safety Administration as “the little agency that couldn’t.” He is focusing on the engineering aspects of the pipeline, and will seek to make the case that the risk of breaches is unacceptably high.

This is not Martinez’s first time defending ideals which are aligned with his world view. He’s an active member of the National Lawyers Guild, first set up in the 1920s when the American Bar Association refused admittance to Jewish attorneys, and those of color. From the guild’s website, “We seek to unite the lawyers, law students, legal workers and jailhouse lawyers to function as an effective force in the service of the people, to the end that human rights shall be regarded as more sacred than property interests.” Martinez said that he met his co-counsel for this particular case, Bruce Ellison, because they served together on the NLG’s environmental committee in the Midwest region. Ellison has considerable experience representing indigenous tribes.

In South Dakota, a quirky law interacting with national politics provided Martinez with a legal opportunity. “The permit was granted in 2010 with very little opposition from the public utilities commission.” he explained. However, “if work was not started within four years, it must be recertified.” Work on that section of pipeline was likely delayed to see if Obama would approve the permit to cross the border.

“All of a sudden, there was grassroots opposition. Farmers and ranches, four major tribes, Bold Nebraska, my client Dakota Rural Action” rallied in the interest of property rights, water security, and in defense of cultural heritage, which would be disrupted by this massive project. Even so, it has been an uphill battle against a well-entrenched opponent. Martinez is working the case pro bono, which he admits has “taken a chunk out of my income for this year.”

South Dakota is one of the poorest regions in the country, so there is still a big difference in how much money each side can bring to the table. “We’re scrambling to find $20,000 to pay for expert witnesses,” Martinez said. “The CEO of TransCanada can find that in his couch.”

There’s also the hurdle of the “Chevron deference,” a legal standard which arose from a 1984 Supreme Court decision. The EPA under George W. Bush began using a more relaxed interpretation of the Clean Air Act, prompting the National Resources Defense Council to sue. The court determined that, so long as the interpretation is reasonable under the law, courts should defer to the administrative expertise of the body doing the interpreting.

In this particular case, the administrative body is the South Dakota Public Utilities Board, which must balance the public interest in the energy security and jobs promised by pipeline supporters against the risk of environmental and socioeconomic damage highlighted by opponents. Preparing for the case includes wading through thousands of documents provided by TransCanada, many of which the company wants kept confidential. “Some of them I agree on, like the details of cultural surveys of paleolithic sites, because they’d essentially become a treasure map. Other, like worst-case spill scenarios, we’re arguing over.”

Look for a media push from the South Dakota tribes. Members of the four major Sioux nations will be riding into the state capital from four directions on horseback and gathering for a huge rally. The effort is in recognition of how difficult a fight this will be, but even while the deck may seem stacked against the local effort, President Obama can change all of that with the stroke of a pen. “If Obama denies the permit, I would file a motion to dismiss the next day,” Martinez said. How victory is achieved doesn’t matter to this attorney, who is confident that “the fight would go on without me.” What does matter, and guides him as he sifts through documents and develops a legal strategy, is a simple concept: “Our Earth is a sacred place.”